We’re here to build the next generation of privacy infrastructure

Nym’s mission is to establish privacy as a default for online communications. Only then can people and organizations make meaningful and secure decisions about what, when and with whom they want to share data.

Reckless data harvesting has dominated Silicon Valley business models over the past decade and has rapidly become the norm for monetizing online activity. Understanding and predicting user behaviour is now the primary business model of the Internet. These data-driven models, collectively known as surveillance capitalism, have produced giant tech monopolies and governments that oversee an unprecedented system of manipulation and control, extracting data and value from society.

It is important to realize just how lacking current technology is with regards to maintaining privacy. Even though a private messenger might encrypt a message’s contents, the metadata (for example identifying the timing of the communications, IP addresses, locations, and lots more) is visible to everyone from the Internet Service Provider (ISP) that delivers the message to the messaging application itself. And in this world of big data, metadata is in many ways more valuable than the content of messages. It can be used by sophisticated and ubiquitous analytic systems to determine the nature of your social relationships and thus predict your personal characteristics and preferences.

The necessary technology to guarantee online privacy has remained underdeveloped - until recently. With progress in computing capacity, networking, research and funding, it is now possible to overcome these limits and deploy technology that avoids trusted third parties and is resistant to surveillance. 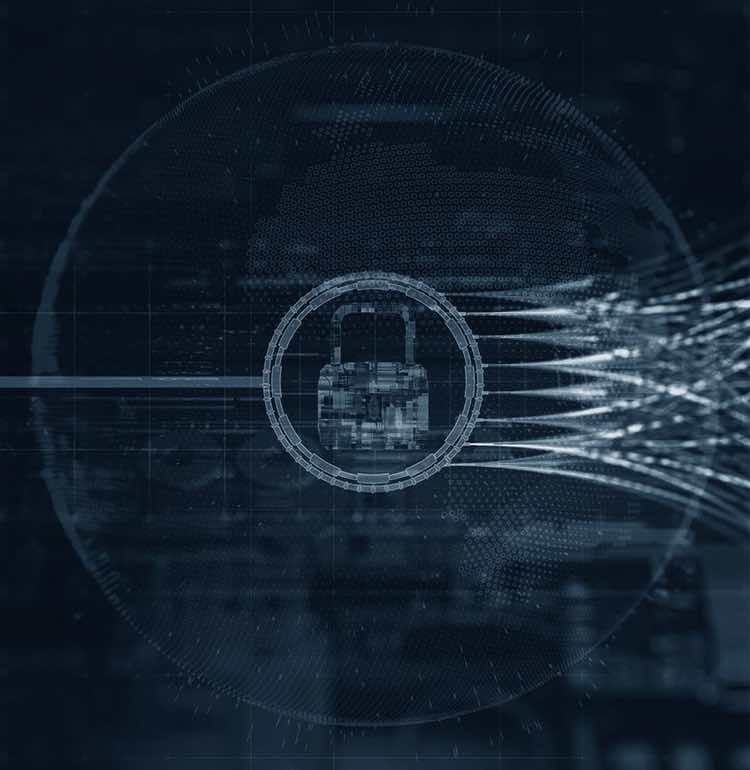 Nym was founded in 2018 to build a global privacy infrastructure and contribute to ending the era of surveillance as the default technical and business model of the internet.

Nym is an open-source, decentralized and permissionless privacy system. It provides full-stack privacy, allowing other applications, services or blockchains to provide their users with strong metadata protection, at both the network level (mixnet), and the application level (anonymous credentials) without the need to build privacy from scratch.

The Nym architecture is powered by three main technological advancements: a mixnet, private credentials and incentives.

How Nym can make the internet private

The Nym mixnet provides strong guarantees against the leakage and harvesting of metadata at the network layer. It is a general purpose privacy overlay network that is agnostic and can interface with almost any other digital application or service, enabling individuals as well as digital service providers to be able to guarantee their privacy or that of their users.

The mixnet improves on existing privacy systems by mixing internet traffic in a decentralized network. First, all packets are transformed by the user into Sphinx packets on their device. The Sphinx packet format renders all data packets a uniform size. Then, nodes in the mix network “mix” the traffic, releasing packets probabilistically in order to ensure timing obfuscation. If needed, at each node cover traffic is added, and multiple hops ensure users do not have to trust a single node.

While the mixnet builds a strong foundation by protecting the network-layer, Nym credentials enable fine-grained privacy at the application layer. Nym credentials allow digital service providers and users to engage securely without the need to compromise on privacy.

Nym credentials advances on the Coconut signature scheme, enabling people to prove their right to access and do things online while retaining privacy. Nym credentials encrypt and embed the data needed for a given service, including zero-knowledge proofs of private data. These credentials are validated in a decentralized and public manner, without revealing any link between the user and the service they want to access.

Nym is sustainable because it uses incentives to decentralize and maintain the quality of service of the network. Inspired by Bitcoin, Nym’s breakthrough proof-of-work system rewards nodes for mixing traffic rather than solving arbitrary Merkle puzzles. Nym node operators are rewarded for proof of mixing, ensuring privacy for all.Nym only uses enough electricity as needed to accomplish the work of mixing packets to meet demand, and so should minimize unnecessary environmental costs.

Nym employs a blockchain to decentralize the operations of the mixnet so that the network has no centralized points of failure: the Nym mixnet is run by nodes across the world as a global privacy commons. A major obstacle for any decentralized network is assembling real-world resources to run nodes. Tor and I2P’s volunteer model works but has limitations. With the logistical complexity of finding trusted and reliable volunteers, global reach is difficult: volunteers tend to be centralized in wealthy Western countries, with the majority of Tor relays in places like Germany and the US. We believe economic incentives can fix this problem so that the entire world can have privacy on the Internet.

It’s clear that internet privacy has never been weaker, but it’s not down for the count — and the ground is ripe for change. Our experienced, committed team is excited to be taking the first steps.

We look forward to your code contributions and comments on GitHub.